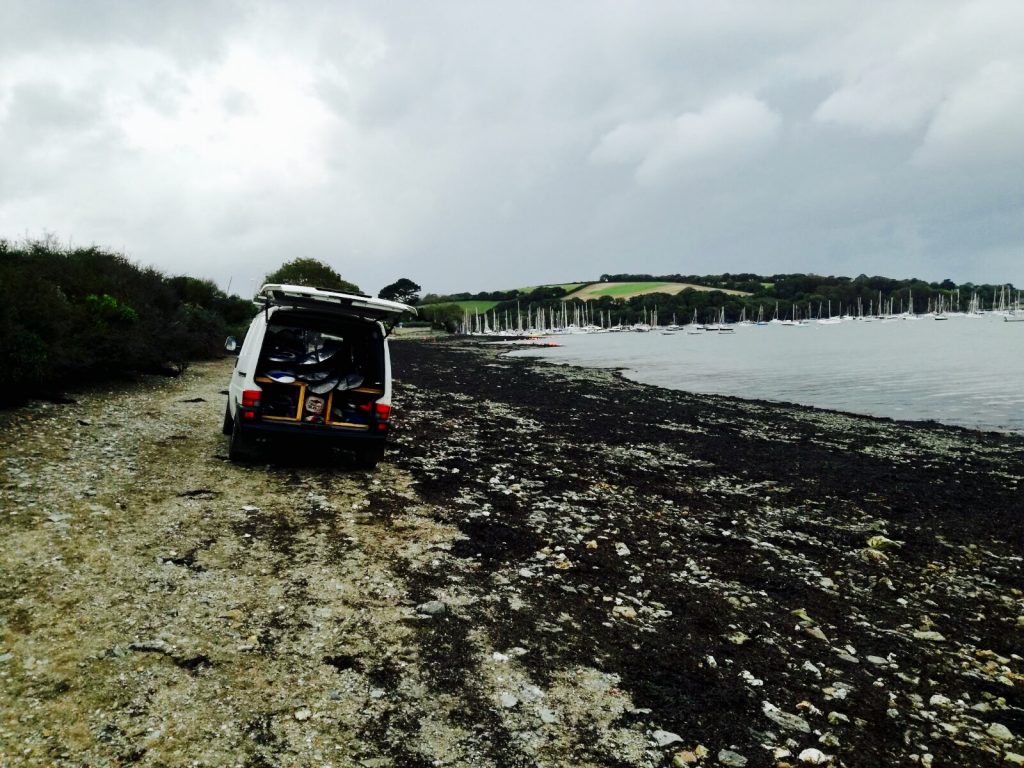 ‘Nature hath shouldered out Cornwall into the farthest part of the realm, and so beseiged it with the ocean that it forms a demi-island in an island.’

Richard Carew, A Survey of Cornwall, 1602

With thunder and lighting storms mixing up with the glorious sunshine, it was an untypically quiet weekend for The Pelotonians.

Nic took advantage of the weather by windsurfing on the River Fal with her husband, Charlie.

Cath caught the sunshine and took Dr Dog out for a beach walk where he stopped and pondered his dreams of becoming a member of the Poldark cast.

In a not so energetic fashion, but equally marine-based, Kurt and his children went to an art exhibition by Kurt Jackson called, Obsession. Obsession, a series of paintings, sculpture and ceramics, sees Jackson follow his studio assistant, George, on surfing trips around the Cornish coast. Also at the event were Surfers Against Sewage with music by Sam Brookes. It was an amazing night, although the children eventually got bored of their dad chatting.