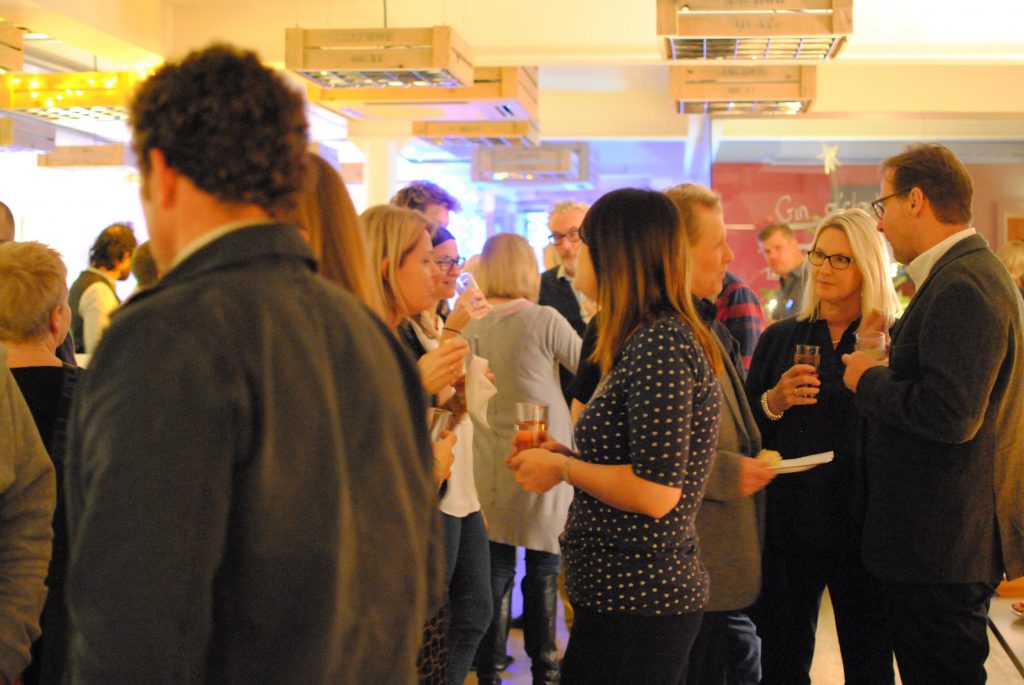 In the aftermath of another successful year of our Gin in the ‘Ryn event at Pelo HQ, I thought I would reflect on the evening and also put down on paper/screen what I think is the best way to organise such an event.

Getting the whole team involved in the process is not only good for making your life easier and team bonding, but it is also means that things are thought of that you might have forgotten. It also meant that people’s various skills were utilised, which made the set up process very smooth!

Be open to ideas

Sometimes this is easier said than done, but for me this was vital as I hadn’t been to the event before and some of the team had ideas I hadn’t even thought of and if we had gone with some of my ideas it wouldn’t have been as successful!

This was a spreadsheet that listed EVERYTHING from cleaning the toilets before the event to how many bottles of gin we needed and where to put them! The rest of The Peloton team were taking the mick out of me for my enormous list, but I am so glad we had it as from the afternoon before the event to the afternoon afterwards nothing could get missed or forgotten about. At lunchtime on the day the whole team stopped working and helped set up, we even had teams completing their own mini lists before the event! And let’s face it, there is nothing more satisfying than ticking things off a list!

When I was planning this event I worked from two charts. One was a chart of the three months running up to the event and what was going to happen and who was responsible, and the other was a list of the costs and contacts of the suppliers involved. It seemed a bit pointless when we first did it, but as time went on and I was spinning lots of plates it was really handy to refer back to.

Gin in the ‘Ryn was in its third year and we had ‘wash up’ notes to refer back to so we could make it even better this year. It is so worth having a meeting after an event and taking the time to write down whet you learnt as it makes it so much easier the next time. Again, having the whole team’s input for this was essential.

Make sure you factor in time to enjoy the event yourself! Putting all that effort in should mean that it is fairly stress free, but having a rota for various things might help.

See photos from this year’s party!