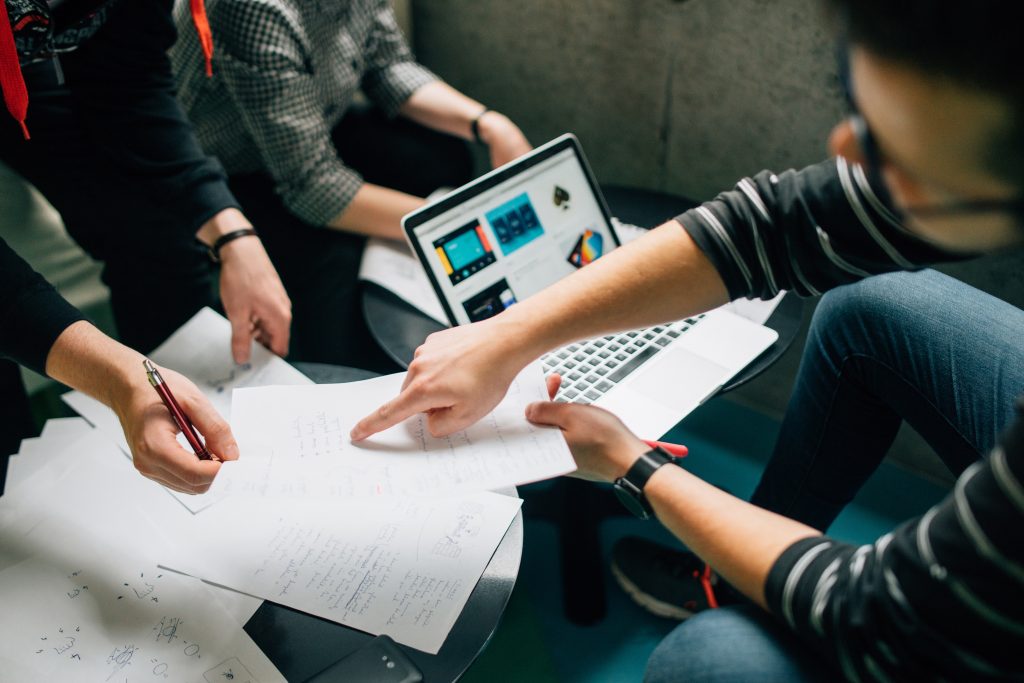 Someone sent me an article this week with the message ‘This sounds very like The Peloton!’ and reading it I did agree, there are definitely elements that the article advocates that we do already do at The Peloton. I sent it to Mike expecting him to give himself a pat on the back, but instead he asked me to summarise the article and report back to the team how we can improve. Lesson one, there’s always ways to be better. So, here’s my summary – I hope you find something to try in there too!

The article was written by Margaret Heffernan, who has written a book looking at why some teams are more effective and efficient than others. Whilst running a software company she recognised the need to reposition the business. The project was a huge success and led her to wonder why the eclectic team she’d chosen for the task managed to work so well together.

Heffernan studied research by Thomas Malone who, together with a team of MIT researchers, analysed groups that proved exceptionally effective at creative problem solving. A shared quality of the successful groups was social sensitivity: these individuals were more tuned in to one another, to subtle shifts in mood and demeanor.

They gave one another roughly equal time to talk. This wasn’t monitored or regulated, but no one in these high-achieving groups dominated or was a passenger. Everyone contributed and nothing any one person said was wasted. They scored more highly on a test called Reading the Mind in the Eyes, which is broadly considered a test for empathy.

Heffernan recognised her own successful team in this:  “We had social capital: the trust, knowledge, reciprocity and shared norms that create quality of life and make a group resilient. In any company, you can have a brilliant bunch of individuals — but what prompts them to share ideas and concerns, contribute to one another’s thinking, and warn the group early about potential risks is their connection to one another.”

She goes on to ask if we therefore need to make hiring decisions based on a person’s level of empathy. Yes, she says, but also bear in mind that none of us enters the workforce fully formed, and crucial skills always have to be developed.

So how can we teach empathy and therefore create “social capital”?

If companies can find a way for their employees to really put themselves in another team member’s shoes efficiency can sky-rocket. Heffernan cites two examples. The first is from a company who took an innovative approach to drawing up the annual budget. Each department head drew up a budget for that department — but then had to explain it so effectively  to one colleague that the colleague could defend it at the leadership team meeting. The chief technology officer would argue the case for marketing, the head of sales spoke on behalf of operations, customer care explained technology’s needs. The impact of this simple exercise was profound. Everyone had to see the whole company through eyes not just their own. They felt duty-bound to do the best job possible — if only to ensure their counterpart did likewise.

Another example is a company where the functional head will challenge a regional head and then they will reverse roles. This way, they learn the exigencies and contingencies of both positions; they start to see common themes, ways they can help and support each other, and empathy grows.

Heffernan highlights that while most of us prefer to avoid conflict at work for fear of endangering relationships, this is actually stifling social connectedness. “When we avoid the argument, nothing happens. Only when we both engage in debate is our capacity to see each other’s perspectives realized.”

Further to this, creative conflict generates social capital that then, in turn, makes conflict safe and constructive. She contrasts this by pointing out that an absence of social capital makes it impossible for people to speak and think openly — which means that they never develop the social connectedness they need from one another.

In a bid to increase social capital in her own business Heffernan introduced a new initiative. “On Friday afternoons, we stopped work early, got together, and listened as a few people told the whole company who they were and what they did. Some used PowerPoint — others performed sketches, wrote songs, or told stories. We learned about one another. An engineer had worked on one of the first Internet browsers, a marketer had devised a famous tagline, a Russian designer had taken huge risks to leave her home country. You watched respect grow. Ten years later, the same process in a completely different business yielded similar results; work between people became more direct, open, and fearless as executives came to see human value in one another and to gain trust. Social capital grows as you spend it; the more trust and reciprocity you demonstrate, the more you gain in return.”

Another example came from a business owner who asked teams within the business to make short films about each other and then the whole company watched them in a local cinema. The outcome startled him: movies of immense passion, inventiveness and humour that delighted, motivated, and inspired the whole company.

When team members understand each other they become helpful and “helpful teams of people accelerate the sharing of knowledge and expertise; they don’t let one another stay stuck or confused; they try to prevent problems before they arise and they won’t let colleagues become isolated or cut off.”

Chatting at work has always felt a bit frowned upon but Heffernan states that companies are now realising the benefit of this. Some companies now ban coffee cups at desks, not to protect computers, but to ensure that people hang out together around the coffee machine. Another won’t let employees eat lunch at their desks. In part, this is to ensure that everybody takes a break. But both policies create the opportunity for people to know one another.

“When Alex Pentland studied the communication patterns at a call center, he recommended that coffee breaks be rescheduled so that everyone in a team took a break at the same time. On the face of it, this didn’t sound efficient, but providing that one opportunity to build social capital yielded the company $15 million in productivity gains — while employee satisfaction increased by up to 10 percent.”

Heffernan states that the real influencers of an organization are the network nodes: the people who most often intersect with the most people. Their titles may not signify power, but that’s what they have — and it is through them that social capital compounds and change accelerates.

Research shows that the most successful teams tend to be very stable. They have worked together for a long time and have therefore got to know one another and developed trust. There is a feeling that we need to bring new people in to make teams more creative and ‘shake things up’. However, this can also be disruptive and actually by just shuffling roles within a stable team, the right level of change can be achieved without the risk of things going awry.

So it really pays to keep the team happy. (More on this here.)

In summary, “social capital isn’t about chumminess. It doesn’t mean work colleagues have to become best pals or that good cheer is a permanent requirement. In organizations with high degrees of social capital, disagreement doesn’t feel dangerous, it is taken as a sign that you care; the best thinking partners don’t confirm your opinions but build on them. They know that every idea starts out flawed, incomplete or downright bad. In organizations with high degrees of social capital, conflict, debate and discussion are the means by which it gets better.

Without high degrees of social capital, you don’t get the vigor of debate and exchange that hard problems demand. Creativity requires a climate of safety, but without social capital, no one will risk the fresh thought, the unpredictable idea, the testing question.”